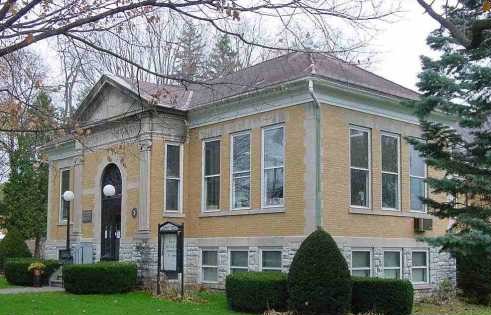 Our Nifty Needles group is a safe and encouraging place where you might bring out a new project or perhaps get a consult on a piece that has had you stymied.
Project beagle sweater is just such a project.
This very colorful sweater has not been worked on since 1995 and he made his debut at this morning’s gathering.  To quote his owner, “I am just going to have to pick it up and do it!”

The sweater is from a vintage Mary Maxim pattern.   Mary Maxim's roots can be traced back to Sifton, Manitoba, Canada, where Willard and Olive McPhedrain purchased Spinwell Manufacturing Co who had been manufacturing and selling spinning wheels. Willard soon began a mail order company titled "Sifton Products." In 1954 Willard began to search for new locations for his business and ended up in Paris, Ontario.The name was changed to Mary Maxim, after a store employee: Mary Maximchuk.  Mary's name was shortened and the store name: Mary Maxim, was born.
Mary Maxim was first recognized for their quality knitting yarns. In the late 1950s they became increasingly popular for their bulky, knit sweaters with designs influenced by North American Wildlife. The first sweater pattern was designed in 1951 by Stella Sawchyn.
Nifty Needles meets Tuesday mornings from 10AM – noon. 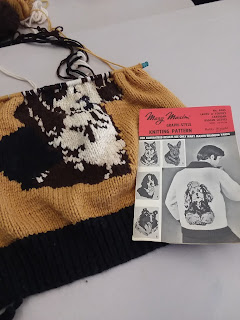 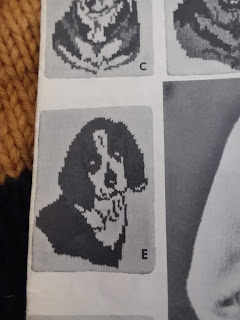 Posted by Margaret Reaney Memorial Library at 9:46 AM 1 comment: