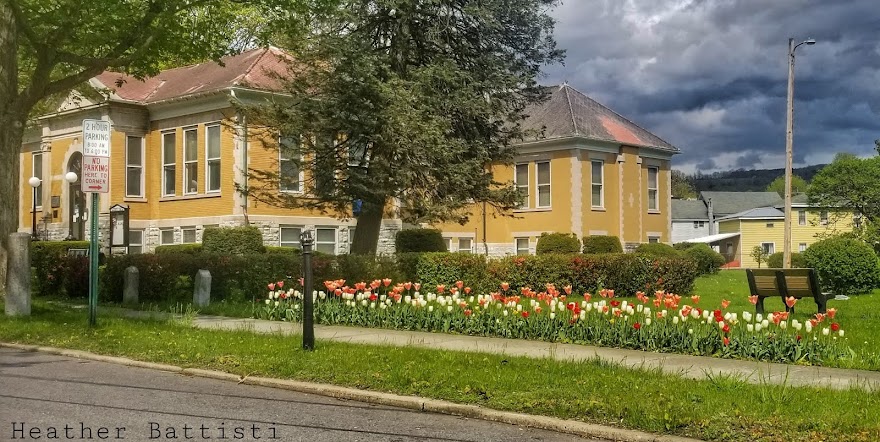 Margaret Reaney Memorial Library, St. Johnsville, is sponsoring a Brooks Chicken BBQ on Sunday, May 16.  Serving begins at noon until sold out.  Both full dinners or chicken halves only will be available; $13 and $7 respectively. There are no pre-sale tickets.

The event is drive-thru or walk up.  Guests planning to pick up via drive thru are encouraged to enter Kingsbury Avenue from New Street. COVID protocols will be observed.

Library director, Dawn Lamphere, noted that “Due to COVID we were unable to hold our annual fundraising events in 2020. On behalf of our patrons, library trustees and staff we appreciate any support given this event.” 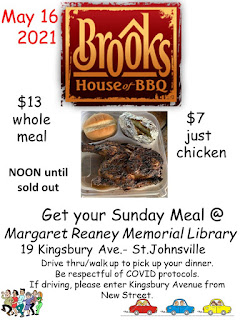 Posted by Margaret Reaney Memorial Library at 10:20 AM No comments:

Amsterdam, 1637
For the cost of a single tulip bulb you could buy:

four oxen or
twelve sheep or
twenty-four tons of wheat or
two hogsheads of wine or
two tons of butter or
four barrels of beer or
a thousand pounds of cheese or
a silver drinking cup or
an oak bed or
a ship.

In the 1630s, visitors to the prosperous trading cities of the Netherlands couldn't help but notice that thousands of normally sober, hardworking Dutch citizens from every walk of life were caught up in an extraordinary frenzy of buying and selling. The object of this unprecedented speculation was the tulip, a delicate and exotic Eastern import that had bewitched horticulturists, noblemen, and tavern owners alike. A trade in tulips soon evolved, and for almost a year rare bulbs changed hands for incredible and ever-increasing sums, until single flowers were being sold for more than the cost of a house.

Historians would come to call it tulipomania. It was the first futures market in history -- and like all the ones that would follow, it crashed spectacularly, plunging speculators and investors into economic ruin and despair. But that was not the first instance of tulipomania -- nor would it be the last.

This is the history of the tulip, from its origins on the barren windswept steppes of central Asia, to its place of honor in the lush imperial gardens of Constantinople, to its starring moment as the most coveted -- and beautiful -- commodity in Europe. Historian Mike Dash vividly narrates the story of this amazing flower and the colorful cast of characters whose lives were inextricably entwined with it. There is the eccentric Turkish sultan Ahmed III, whose reign even to this day is known as the Tulip Era, and the French academic Carolus Clusius, the most respected botanist of his time, whose gifts of the then-unknown bulbs to friends and patrons sparked the Dutch tulipomania. There's even the lowly tavern owner Wouter Winkel, whose death in 1633 left his seven children destitute -- until they dug up his bed of tulip bulbs and sold them at auction during the height of the tulip mania, an auction that transformed his heirs from penniless orphans to wealthy young men and women who would never have to work a day in their lives. Centuries apart historically, and worlds apart culturally, this cast of characters all had one thing in common: tulipomania. (Amazon) 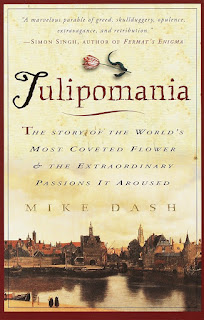 Posted by Margaret Reaney Memorial Library at 11:24 AM No comments:

Miss Marge and I packed up our Toddlers To Go packets this morning so they can be taken to the post office.  We are mailing 29 packets which represents 32 children.

Each packet includes a book to keep, simple activity and coloring sheets and an age appropriate craft project.  Could there be something fishy about this month’s project as indicated by the bright, multi-colored fishtails in the featured photo?  Yes indeedy!

Since beginning last October, the project has been generously underwritten by the Gehring family.  With their long-established business, Gehring-Tricot Corp., with plants located in St. Johnsville, Dolgeville and Fall River, Massachusetts, the Gehring family has a tradition of exemplary community support.

The COVID cootie may have interrupted our traditional, weekly gathering, but the Gehrings and the United States Postal Service help us keep in contact with our merry band of tiny pals. 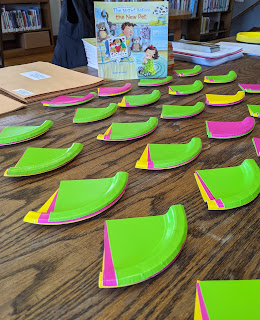 Posted by Margaret Reaney Memorial Library at 11:28 AM No comments:

Applicant must be a high school graduate or have a GED. 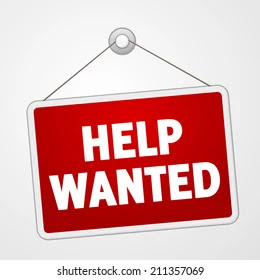 Posted by Margaret Reaney Memorial Library at 9:41 AM No comments:

We have four openings left in our Toddlers To Go program.  The program is free of charge and offers each participant a book to keep, simple crafts and theme related activities.  Since we can’t gather due to COVID, the materials come to you via the mail.

The first March mailing went out yesterday with a St. Patrick’s Day theme.  If you were to call by Friday we should still be able to get the St. Patrick’s packet to you by March 17th.  Miss Marge is our crafter-in-chief and the craft  in this packet is a mosaic shamrock. 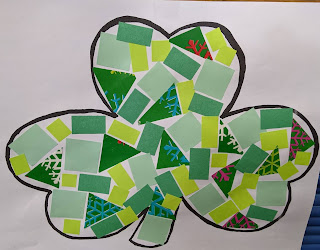 Posted by Margaret Reaney Memorial Library at 8:34 AM No comments: